Alan Hawes pulls up images on his computer that are raw and intimate, like the anguished eyes of a 72-year-old man in a hospital bed, trapped behind a mask.

"He was extremely scared, and I think that comes across in the photo," says Hawes.

A photojournalist for nearly two decades, Hawes, 52, is used to taking pictures of people when they're most vulnerable.

Now he works as a registered nurse at the Medical University of South Carolina in Charleston, and the man in the picture was a patient.

Neither does Hawes. That's why he got the idea to start photographing his daily experiences with health care workers and COVID-19 patients in the critical care unit.

"If the public was more educated and could see what was going on and feel some of those emotions that I hope my photos show, I felt like it would make a bigger difference," says Hawes, whose photographs have been published by the Chicago Tribune, Sports Illustrated and The Associated Press.

Hawes especially hopes the images can change the minds of the unvaccinated. To the frustration of health care workers, most new patients turning up at his hospital's emergency room have not been vaccinated, he says. And as the nation braces for another deadly wave, this time due to the omicron variant, he expects the number of people seriously ill with COVID-19 to go up.

With the permission of hospital officials, health care workers and COVID-19 patients, Hawes began taking photos on his own time. Many of the images are showcased on the hospital's Facebook page and have been featured in local news.  READ MORE 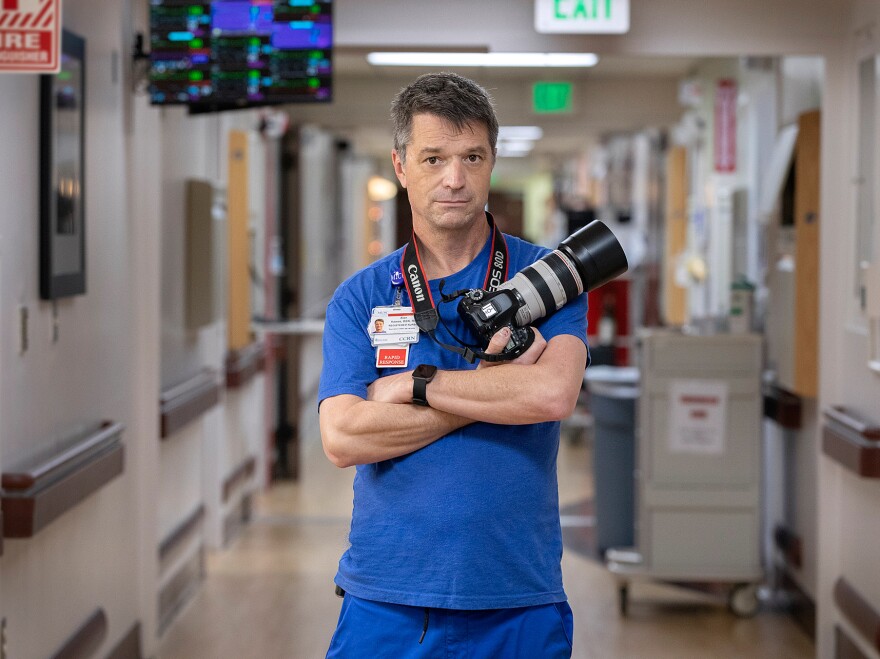